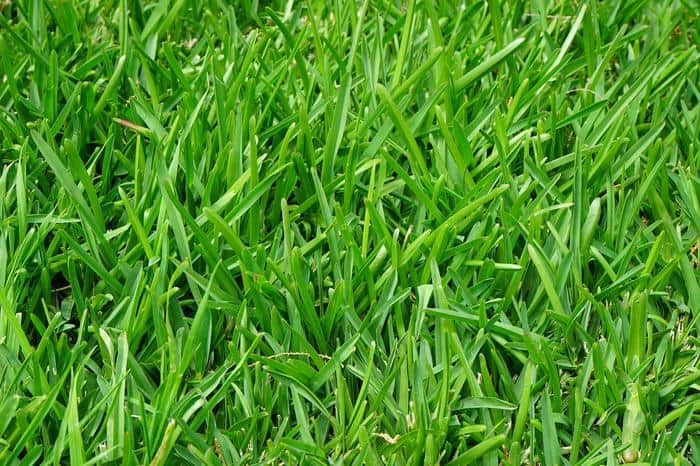 Our recommendations for the best grass for Southern California are Scotts Turf Builder Bermuda Grass Seed Mix Bag and Jonathan Green Kentucky Tall Fescue Grass Seed. Both southern and northern California have some of the most diverse ranges of climate in the country. That makes choosing the best grass a tall order. We love Scotts Turf for SoCal grasses, but read on to see some more great options.

Our Tops Picks for the Best Grass for Southern California

The USDA Plant Hardiness Map divides California into southern and northern regions. Southern California lies south of Oakland, Stockton, and Sonora. Within this area, there are a whopping 13 different hardiness zones from 5a to 11a. Extreme low temperatures range from -20 to 45 degrees. With a span of 60 degrees, it’s clear that Southern California has a diverse climate.

Northern California is equally variable with only one less hardiness zone represented. Choosing the best grass for either portion is a daunting task when dealing with a state that has climates that go the gamut from subarctic to subtropical. A warm and arid Mediterranean climate prevails through most of the state.

The climate of southern California also varies between the eastern and western halves. Coastal areas have the added effects of maritime influences both on temperature and humidity. And while these areas benefit from these moderating effects, regions farther inland are more likely to experience temperature extremes. It’s just another of the many factors that impact grasses.

What You Need to Know about Grass

Despite the diversity of weather conditions, there are a few starting points that can guide the search for the best grass. The division between warm/arid and cool/arid goes almost right down the middle from the north end down to the top of Southern California. Each region has certain grasses that make excellent choices for the demands of the respective conditions.

As a general rule of thumb, warm-season grasses will thrive best in the arid regions of western California. The term refers to the active growing season which occurs during the late spring and summer months. These grasses have a coarse texture that is best kept mowed at about one inch. They go dormant in the winter and will turn brown.

You typically find these grasses planted in lots of a single species rather than a mixture of different plants. While you can plant them as seeds, they’re usually laid down as sod or planted in plugs or sprigs. As you may expect, most varieties have excellent tolerance for both heat and drought. They do best in sunny locations and won’t handle the cold well.

This video by UNL Extension explains how to seed buffalo grass, a common warm-season variety.

The other major category of grasses is a stark departure from warm-season varieties. Instead of a coarse texture, the cool-season grasses are fine. Their optimal temperature ranges from 60 to 75 degrees Fahrenheit versus the 85 to 90 degrees for warm-season grasses. Fall is the best time to plant these grasses. Their growth habit includes both spreading and bunch.

All have an excellent tolerance for cold. These grasses have varying abilities to withstand heat, drought, and shade. Unlike warm-season grasses, you can plant cool-season varieties as seed. Mixtures of different types are common and often preferred over a single-species planting. They will also stay green during the winter if conditions don’t get too dry.

Choosing Grasses to Match the Region

Because of the sharp differences between the western and eastern portions of the state, it makes sense to hone in on two grasses than a single species. Cool and warm-season grasses are too polarized in their tolerance levels to recommend a single one throughout southern California. As you’ll see, each type has pros and cons.

The major types of warm-season grasses include Bermuda grass, buffalo grass, and Zoysia grass. Other common varieties include St. Augustine grass, Bahia grass, and carpet grass. All require relatively low maintenance, a definite selling point. Variations exist with their abilities to handle wear and shade. Depending on your situation, these differences could be a deal breaker.

The major types of cool-season grasses include bentgrass, fescues, Kentucky bluegrass, and perennial ryes. Each type varies in the degree of tolerance to other environmental conditions. While fine fescue does well in shady locations, Kentucky bluegrass prefers sunny areas. Tall fescue is the most tolerant across the board for a number of climate stresses.

Another consideration for choosing a grass for Southern California concerns moisture requirements, given the recent drought. Warm-season grasses have adequate tolerance for dry conditions for the most part. The same, however, cannot be said of all cool-season grasses. Some species such as perennial ryegrass will not thrive without irrigation.

You should also consider how much care each of the different grasses needs. While Zoysia grass is low maintenance, creeping bentgrass is more of a commitment. Then, there’s the question of wear. If you anticipate your lawn will see a lot of traffic, you should lean toward a grass that can handle this added pressure such as Bermuda grass.

Wear tolerance underscores the fact that local conditions will often dictate a suitable choice for a grass. And as the many hardiness zones indicate, there is a lot of variability within this region that will also play a role in the choice of the best grass.

Because of the big divide between warm and cool arid regions, we wanted to select a grass to satisfy the requirements of each one. That left us with both a warm and cool-season choice to cover most of the demands that establishing a lawn presents. Each one features a grass with a reasonable degree of tolerances for a broad range of applications.

Scotts Turf Builder Bermuda Grass Seed Mix Bag impressed us with its emphasis on drought tolerance, making it an excellent choice for the warm and arid regions of western California. We also liked its high tolerance for wear and its quick recovery from heavy use. Bermuda grass can fill in bare spots rapidly to get your lawn established.

Jonathan Green Kentucky Tall Fescue Grass Seed offers a cool-season grass that can take a wide range of environmental challenges. It can handle it all from heat to drought to cold. Its wear tolerance is another welcome perk. While tall fescue has higher moisture requirements, the deep-rooted characteristic of the Jonathan Green product offers a suitable alternative.

With its 13 hardiness zones, Southern California includes a wide variety of diverse habitats. The area has climate extremes on both ends of the spectrum. We opted to choose both a warm and cool-season grass that will fit the bill no matter where you live in the state. Picking grasses with excellent tolerance levels for a variety of environmental conditions makes good sense.