Some plants die at the end of the gardening season. Others return year after year. Known as perennial plants, they offer a number of benefits to the gardener. They tend to be less work, since you plant them once and can get years of growth from them. They're also cost effective, since you don't have to buy new plants each season. No matter if you're growing herbs, vegetables or flowers, you can plant perennials in your garden.

What Are Perennial Plants? 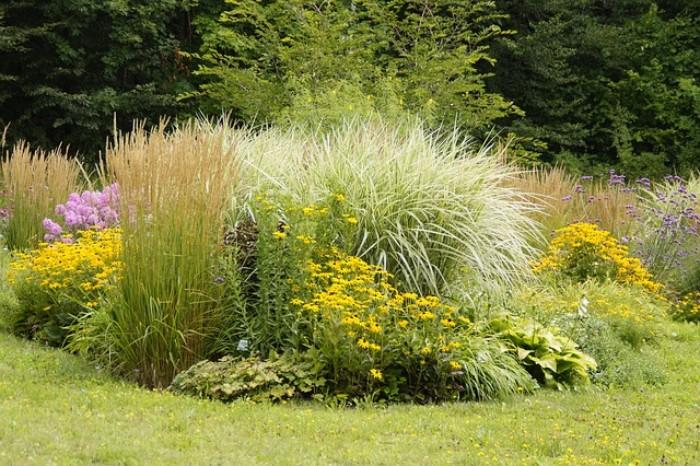 You can divide herbaceous plants into three main groups: annuals, biennials and perennials. Annual plants live for one season, produce seeds, then die. Biennials live for two seasons, producing seeds in their second year of life, before dying.

Perennials can live for years and years, provided their needs are met and the conditions are right. According to the National Gardening Association, perennials are plants that live for more than two years.

At the end of the growing season, the stems and leaves of a perennial will die back. The plant might look dead, but its roots are alive and well underground. As soon as the temperatures and weather conditions are right, the plant will begin to produce new growth.

Technically speaking, plants such as woody bushes and trees are perennials. But they are usually classed differently and treated different from herbaceous perennials, since the woody part of a tree or shrub doesn't die back at the end of the season.

Not all perennial plants are perennial in all areas. For example, some are tender perennials, which means they will only live for multiple years in mild climate areas. Sage and rosemary are two examples of tender perennials. They'll die at the end of the season if the temperature is too cold.

The Benefits of Perennial Plants

Perennial plants offer a number of benefits to the home gardener. Since the plants live for years, you only have to plant them once, which cuts down on a fair amount of labor. At the end of the season, you don't have to pull up the dead plants, as leaving them in place ensures that they will return the next year.

Another benefit of growing perennial plants is that you can easily get multiple plants from them. If they are healthy and growing under the right conditions, eventually a perennial will get too big for its growing area. At that point, you can dig the plant up and divide. You can give away the divisions or plant them in another area of your garden.

The video above, from Burpee Gardens, introduces you to a few common and easy-to-grow perennial plants for your garden. The video also shows you how to divide plants to give them more room in the garden.

You can still a perennial plant that's not rated for your zone. You'll just have to grow it as an annual or try growing it indoors to protect it from extreme cold.

Some types of perennial flowers are more popular than others. A few very popular flowers include daisies, daylilies and echinacea (also known as coneflower). These flowers add color to the garden and bloom fairly consistently for years.

According to Fine Gardening, perennial daisies are among the easiest flowers to grow. The type of daisy that works best for your garden depends on where you live. Shasta daisies, which are your standard white petaled daisies with a yellow center, are perennial in zones 4 through 9. Cheery yellow marguerite daisies are tender perennials that won't make it through the winter in zones colder than zone 9.

The perennially popular coneflower or echinacea is hardy in zones 3 through 9, according to the Old Farmer's Almanac. Although purple flowers are the most common, the white flowered, pink flowered and red flowered varieties are also available.

A number of plants grown for their flavorful and fragrant leaves also happen to perennials in many areas. Mint, oregano, thyme and chives are all hardy perennials that can survive deep freezes in the winter.

Some plants grown for their roots or stems are perennial plants. If you're a big fan of certain vegetables, you can plant them one and enjoy a harvest for years to come. One example is asparagus.

Although you can't start harvesting asparagus stalks until the second or third year of growth, the plant is very long lived. With the right care and weather conditions, it will survive in the same spot for as long as 20 years.

Artichokes are another example of a perennial vegetable. The plant is hardy down to zone 6, but can be grown as an annual in cooler areas.

Artichokes can be a bit fussy to plant and care for. The video from Grow Organic Peaceful Valley takes you through the process of planting one in your garden. Although you can start the plants from seeds, the gardener in the video recommends starting from a crown, or section of roots, for best results.

A few other perennial vegetables that you can try to grow include rhubarb, French sorrel, sea kale and chayote.

How to Grow Perennials

The specific growing requirements of perennial plants will vary from plant to plant, but the general process of planting them is similar. Although you can start perennials from seed, it is often recommended that you start them from root crowns or seedlings. Many perennials are slow growers, so you'll have to wait a long time to really enjoy them if you start from seed.

Choose a spot in your garden that will be able to accommodate the plant for years to come. When picking a spot, pay attention to the soil quality, how much sun and light it gets, and any other plants that are growing nearby. Perennials can occasionally compete with other plants for soil, water and root space.

Ready to dive into creating a perennial garden? We have lots of articles to help you out. Find more details on specific plants to grow, how to care for them, and other details about perennials, in the sidebar to the right.

Perennial plants that die in the cold sesasons and come back in the warm seasons are called herbaceous plants.

17 Amazing Purple Perennials For Your Garden
Caring for the Crinum Lily With Style
Yucca Plant Care Tips & Growing Advice
Oxalis Triangularis: A Handy How-to Guide
Maintain the Beauty of Your Bird of Paradise
Our Tips for Growing the Hoya Plant