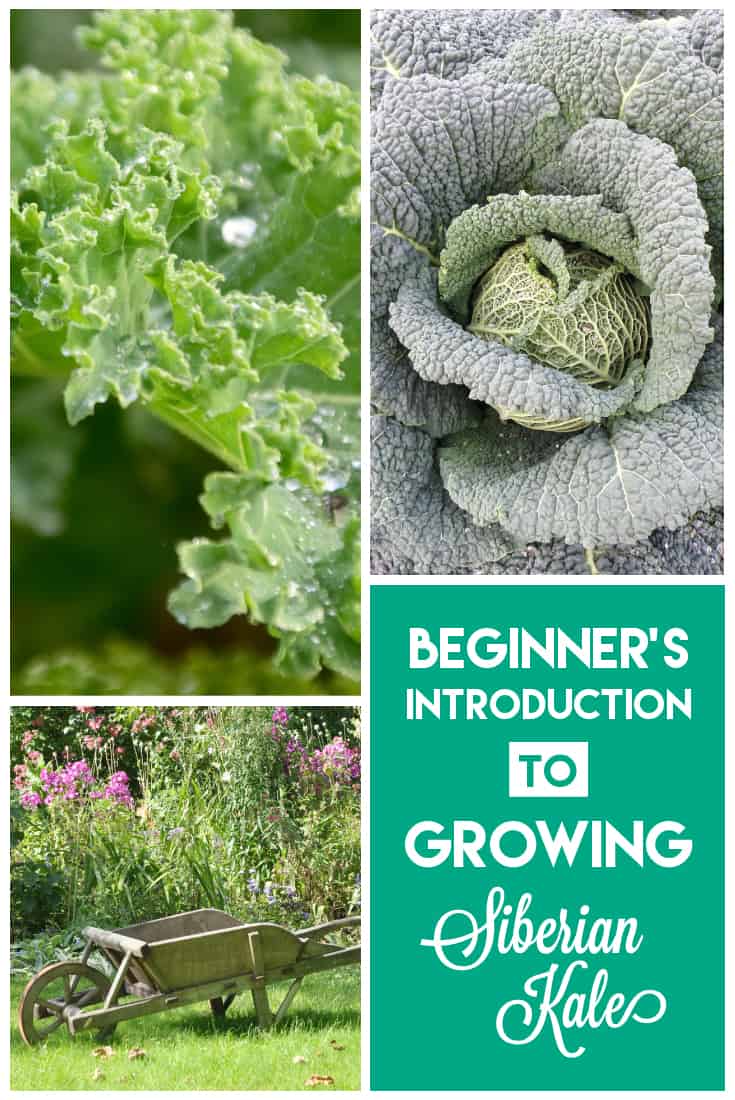 Siberian Kale vs. Other Kale Varieties

There are many varieties of kale available for growing in the garden, even though for many years the only type you were likely to see in the grocery store was the green curly variety. Siberian kale is different from most other types of kale in a few ways. For one thing, it’s actually a completely different species than many kale varieties. Curly kale and lacinato kale, as well as other types of cabbage including broccoli and Brussels sprouts are all different varieties of the species Brassica oleracea.

According to Kew, Royal Botanic Gardens, Brassica oleracea has been cultivated by people for more than 2,000 years. That explains in part why there are so many different varieties of it, each of which is considerably different in taste, growth habit and appearance.

Kale varieties that fall under the species Brassica oleracea are usually members of the Acephala group. The Acephala group includes a number of non-heading cabbage types, the leaves of which are often eaten. It also includes ornamental kale types, which are grown mainly for their good looks.

Siberian kale is a member of the species Brassica napus. It’s actually more closely related to rutabegas and rapeseed or canola plants than it is to other types of kale. According to Seed Ambassadors, Brassica napus most likely first developed after a “chance hybridization” Brassica oleracea and Brassica rapa (turnips) at some point in the Middle Ages.

Specially, Siberian kale might have developed when a member of the Acephala group crossed with a turnip variety such as Asian mustard in the wild.

A number of Russian kale varieties are closely related to Siberian kale and are part of the same species. It’s thought that Russian kales, such as Red Russian, were developed when Siberian Kale was crossed with Brassica nigra, a variety of black mustard.

Aside from having a different origin story from many other types of kale, Siberian kale stands out in several other ways. The leaves of Siberian kale tend to be more tender than curly kale or Lacinato kale. For that reason, it is often eaten raw in salads, rather than sauteed, boiled or roasted.

The flavor of Siberian kale is somewhat different from the flavor of other kale varieties. The Missouri Botanical Garden describes it has having a milder flavor, compared to the peppery or bitter flavor associated with other types.

As you might guess from its name, Siberian kale can withstand colder temperatures compared to other types of kale. It is also less tolerant of heat than other varieties.

Brassica napus tends to have a different growth habit than Brassica oleracea. Curly kale, Lacinato kale and other Brassica oleracea varieties typically produce one main stalk, which can reach up to three feet high. The kale leaves grow out from the stalk.

Siberian kale tends to be closer to the ground. Its leaves form a cluster, according to the Washington Post, which stays relatively low. The low lying nature of Siberian kale might play a role in its ability to withstand much colder temperatures than other kale types.

Depending on where you live, it’s possible to grow Siberian kale throughout the year. The seeds can be direct sown in your garden after the danger of frost is past, up until six weeks before the first frost date for your area.

You can also start Siberian kale indoors and transplant it into the garden at various times of year. To grow the plant in the spring, start the seeds a few weeks before the last frost, then transplant as soon as you can work the soil.

If you would rather grow the kale later in the season, you can start the seeds in the summer, from June until August, then transplant to your garden for a fall harvest.

Although Siberian kale can handle cold temperatures, it’s important that you get the seeds going well before the first frost hits your area. The more established and mature the plants are before the cold arrives, the more likely they will be to survive the winter.

Giving your Siberian kale plants enough food and moisture is crucial to their success in the garden. Kale can be a heavy feeder, so the more fertilized the soil is, the better your results. Burpee recommends mixing compost or another type of nitrogen rich fertilizer into the soil before sowing kale seeds or transplanting seedlings.

Siberian kale and other varieties can be drought tolerant, but the quality of the leaves will suffer in dry conditions, according to Cornell University. For the best tasting leaves, keep the soil around the kale moist at all times.

To harvest Siberian kale, you simply cut off the leaves with a sharp knife, as the video from MIWilderness shows. You can harvest the leaves at any size, whether they are full grown or baby.

According to the Missouri Botanical Gardens, Siberian kale varieties have few pest and disease problems than other types of kale. But that doesn’t mean that the kale is completely disease or pest-free. It can still be attacked by bugs such as aphids and whiteflies and by caterpillars including cabbageworm and cabbage looper.

You don’t have to settle for the kale varieties sold at the supermarket. Growing Siberian kale lets you try a new type of kale that’s hardy and often easier to care for than other types.