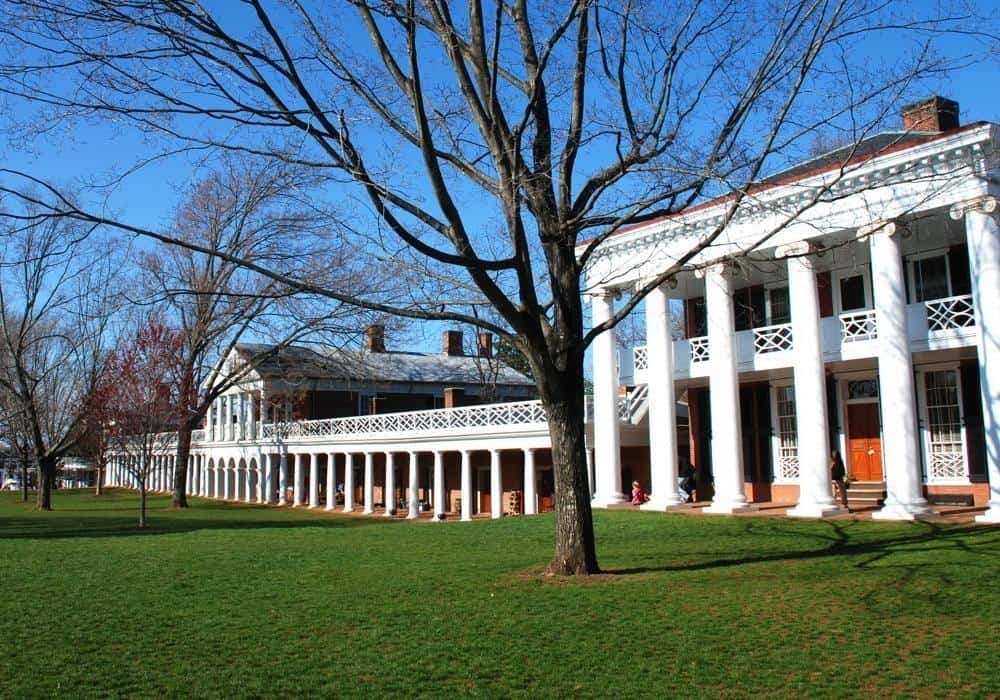 Scotts Turf Builder Seed for Sun & Shade is our recommendation for the best grass seed for Virginia. Virginia’s varying soil and climate conditions can pose some challenges to residents desiring a beautiful lawn. This blend contains several types of cool season grasses that can also withstand the full sun and warmer climate of the southern areas of Virginia. Plant these seeds when temperatures remain between 60 and 80 degrees, consistently. That’s not the only option you have, of course; read on to learn what else you can choose from.

How Does Virginia Compare to Other States?

The state of Virginia lies in what is known as a transition zone to those who study climates, soils, and grasses. What this means is that the region isn’t optimal for either cool or warm season grasses. Although some Virginians will have success with certain grasses, Virginians in other areas of the state won’t have the same success.

Since Virginia soil and climates can vary greatly throughout the state, it can be difficult for Virginians to choose the type of grass that will thrive in their region. The optimal growing area in Virginia is toward the Northwest, according to Sciencing, but other areas of the state can still grow lawns by choosing their varieties wisely and considering seed blends.

What Are the Best Grasses for Virginia?

There is not one single variety of grass that’s best to recommend for Virginia, since the state has so many varying soil and climate conditions.

If you live in the northern regions, consider a cool season variety. Southern areas will have more luck, generally, with warm season grasses.

According to the Virginia Cooperative Extension of Virginia Tech and Virginia State University, the following warm and cool season grasses are commonly grown in Virginia.

In northern parts of Virginia, cool season grasses will lay dormant through the hottest part of the summer and coldest part of the winter. Then, they’ll actively grow in late summer to early winter and early spring to early summer.

Tall fescue is one of the most common grasses to grow in Virginia, adapting well to both sun and shaded areas. This grass grows deep, extensive roots that keep it strong within a variety of soil conditions.

Ryegrass and Kentucky bluegrass are also common in northern parts of Virginia. Ryegrass is commonly grown in mountainous areas, as it fairs well at high elevations. Kentucky bluegrass is a high-maintenance grass that needs full sun to grow, but establishes a thick, lush lawn.

Bermuda grass is, perhaps, the most common warm season grass to grow in Virginia, since it tolerates a wide range of soils and is very low-maintenance. This grass variety establishes a lawn quickly, spreading rapidly to cover bare spots. It can tolerate long periods of drought and heavy foot traffic.

Zoysia and centipede grasses can also grow in southern parts of the state. Zoysia grass can even tolerate some cold spells, so it’s a good choice for those in areas with unpredictable climates. Centipede grass is best for those living near Virginia rivers, as it tolerates shady conditions and acidic soil.

Undoubtedly, establishing a lawn in Virginia can prove to be challenging. Fortunately, there are a few general tips that can ensure a beautiful, green lawn through most of the year, regardless of your climate and soil conditions.

First, ensure that you’re planting grass seed at the optimal time for your region. Northwestern areas of the state should plant in early spring or late fall. Southeastern parts of the state will find success when planting in early fall or very late winter (source).

Since soil throughout much of the state varies so greatly, it’s important to get a soil test. Consider having a sample professionally assessed so you know the pH and, therefore, any amendments you may need to add before planting grass seed.

Before planting, remove debris, weeds, and rocks from your yard. Then, till the space you’ll be planting grass to aerate and loosen the soil. If your soil will need large amounts of phosphorus or lime, as a lot of Virginia soil does, till to a depth of 4 to 6 inches to allow the amendments to penetrate sufficiently.

If you need to apply fertilizer, till in about two-thirds of the fertilizer and leave the rest to apply to the surface before you seed.

Caring for Your Virginia Lawn

Virginia is a state whose residents can benefit from overseeding their lawns. Overseeding allows for a greener lawn for longer.

Lawnstarter recommends overseeding your Virginia lawn in late summer or early fall, before leaves begin to fall off trees. This will give your seeds an opportunity to germinate before the weather turns too cold for optimal germination.

The following video by This Old House explains why overseeding can help revive a brown lawn, and how to do so properly:

Scotts Turf Builder Seed for Sun & Shade is an excellent choice of grass seed for Virginians who want to grow a beautiful lawn.

Since Virginia has a wide range of climates and soils, this seed blend will give most areas of Virginia a standing chance at a green lawn. The blend contains a mix of cool season grasses that work well in Virginia, like tall fescues, ryegrasses, and bluegrasses.

However, this blend has been made to also withstand hot summer heat with a WaterSmart Plus Coating Technology that helps the grass retain water and jump start growth. So, you may even find success with this mix in southern areas of Virginia with warmer summers and more sunshine.

Scotts recommends that, while germinating, you water your lawn daily. Keep the soil consistently moist and check for weeds, which can obstruct your seed growth.

The optimal seeding time for this blend is within two weeks of Labor Day, or when your area’s temperatures are consistently within 60 to 80 degrees.