Kale can handle the cold and will keep growing even after a few frosts. If you live in an area with milder winters, you can keep growing kale in the garden throughout the season. You might want to protect your kale outdoors with a cold frame or hoop house. If temperatures are likely to fall below 0 degrees Fahrenheit frequently, you can still grow kales, but it’s best to bring the plant indoors. You can also get a jumpstart on the next gardening season by sowing kale seeds near the end of winter.

Kale is one of the more hardy vegetables around, meaning it can withstand very cold temperatures. According to Burpee, kale can survive even when temperatures fall to 10 below zero Fahrenheit.

The plant can survive through the entire winter in areas where temperatures don’t get too cold. If you live in USDA zone 7 or above, kale will grow through the winter, according to Bonnie Plants.

Although kale will grow the winter in many areas, you don’t actually plant it during the winter if you want to harvest it then. Instead, you’ll want to get the kale started many months before winter comes around.

According to Cornell University’s Growing Guide, you should start kale for growing in the winter about three months before the first frost date in your area. For many gardeners, that means starting the plants in either July or August.

Kale might like cold weather, but it’s not a fan of the heat. If your area gets very hot in the summer, it might be easiest to start your kale from seed indoors or in a shaded area, then transplant the seedlings to the garden later on.

Let the kale grow in pots indoors or under a shade tree for about a month before you transplant them to the garden. When you transplant, give each plant about 18 inches on all sides. You can plant the seedlings deeper, sinking the stem into the soil up to the first set of leaves, to keep the plants from falling over.

If your summers are mild and the temperatures don’t really climb above 80 degrees Fahrenheit, you can direct sow kale seeds in your garden in July or August. You want to time the planting so that the kale is still growing as the temperatures start to fall.

Caring for Kale in Winter

You won’t need to be out in the garden, weeding, feeding or watering your kale like you would in the summer. In fact, it’s actually best to let the kale be during the winter months. You don’t need to water it, since the ground is likely to be frozen, and you can’t really feed it during the winter either.

Simply leave the plant alone, harvesting leaves when you want to. As the ground thaws again in the spring, it will resume growth and you can resume watering it.

Even if you live in a very cold area, where even kale won’t survive, you can still try growing the plant in the winter. There are two ways to extend your kale harvest beyond the first few deep freezes in your area.

One option is to use a cold frame to protect the plant from deep freezes. A cold frame is usually a wooden box with a lid made from clear plastic or glass. The frame insulates the kale and other plants while still letting sunlight in.

In the video from Growing Wisdom, Dave Epstein explains the benefits of putting kale and other cold-hardy vegetables in a cold frame for the winter. He also offers pointers for caring for your plants in the frame during the winter months and tips on positioning the frame in your garden.

Another way to protect your kale over the winter is to build a hoop house, or plastic tunnel, over the plants. A hoop house is similar to a cold frame, as it provides insulation and lets the sun shine in. But, instead of being made from wood, it’s made from plastic hoops and sheeting.

According to Harvest to Table, the temperature inside of a plastic tunnel is often up to 10 degrees warmer than the outside air during the daytime. At night, it can be up to seven degrees warmer inside the tunnel.

If you are interested in building your own hoop house, the video above from Swamp Boss walks you through the process.

If you don’t want to build a cold frame or hoop house and the temperatures in your area get too cold even for kale, another way to successfully grow the plant in the winter is to bring it indoors. You can either plant a few kale seeds specifically for growing inside or bring a container with kale already growing in it inside.

Kale will need some sunlight to thrive indoors over the winter. The sill or ledge of a window that faces south can be an ideal spot for kale. If you don’t have any south-facing windows, you can try to put the kale containers under a fluorescent light.

If you want to get a jump on your garden for the upcoming spring, it is possible to start kale seedlings in the late winter for harvest in the spring or early summer.

The video from GrowVeg highlights a few vegetables that can be sown first thing towards the end of winter, including kale. The video also provides tips for getting the most from your planting. One benefit of planting kale and other members of the cabbage family in the later winter is that there are fewer worms and pests around.

You don’t have to give up gardening in the winter. Just choose plants such as kale, which keep growing even when the temperatures are hovering near freezing.

Our Picks for the Best Fertilizer for Kale 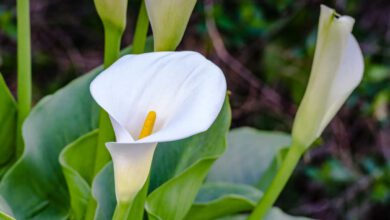 How to Care for Calla Lily Indoors 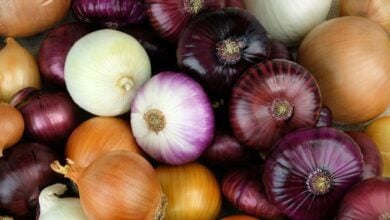 The Perfect Time to Harvest Onions 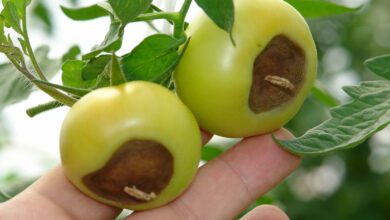 How to Avoid Tomato Disease