Picking asparagus is usually done during the second or third year after planting, since asparagus can take up to three years to produce an optimal harvest. If you harvest asparagus during the first year, pick only a few spears to allow the remaining spears to grow ferns and provide the plants with adequate energy.

For subsequent years, harvest spears that are about the size of your small finger or larger. You can pick asparagus for one to two months, stopping once spear growth begins to slow. Use your fingers or a sharp knife to cut the spears at ground level.

When to Harvest Asparagus

Once it has grown enough to harvest, asparagus is one of the first vegetables you can pick during the spring season. To know if it’s the right time to harvest, check the condition of your asparagus plants and the asparagus spears.

The stems of your asparagus plants should be at least 5 to 8 inches long and as wide as your finger. However, male and female plants will differ in size:

The easiest way to tell the difference between male and female asparagus plants is whether or not they produced seeds. You can expect smaller spears still ready for harvest from female plants, but male plants’ spears should be on the larger end of the scale before they’re ready for harvest.

The spears should also have the fern-like heads unique to asparagus spears to show that they are ready. The optimal harvest period for asparagus lasts a couple of weeks, so make sure you are continuously checking your plants so you don’t miss the opportune window.

Since asparagus can take three years to grow for optimal harvest, it is recommended to have patience and wait to begin picking asparagus until after the first year. This allows for more budding to happen, which will produce a greater yield in subsequent seasons. However, some gardeners do see some good growth from their plants during the first harvest season.

If you want to pick during the first harvest after planting asparagus, you can do so for about a three-week period. Longer than this can result in over-picking, which can severely damage, or even kill off, your asparagus plants. You need to leave several spears on the plant, as the spears are what take in sunlight to help the photosynthesis process.

Do not harvest any spears that are not at least as wide as your smallest finger. These spears are still growing and are an essential part of the plant’s energy to develop a strong root system for years to come.

You can use your thumb and forefinger to snap an asparagus spear as close to the ground as possible. If they are too firm, though, you may need to use a sharp knife to cut the spears. There are also asparagus harvesting tools available that help to cut the spears below the soil to keep the rest of the plant protected by a layer of soil.

After the first two years of growth, you should begin seeing a more plentiful yield of asparagus at harvest time. During subsequent harvest years, you can usually continue to harvest your spears over a one or two-month period, as over-picking is not as much of a concern. Still, you should be careful not to pick all the spears, as your plants still need some spears to continue to grow for the next season.

Once asparagus plants become well-established, they aren’t as needy. You can start picking smaller spears if you choose, as long as they’re about the size of your little finger. Very tough asparagus spears can be left to grow a bit longer, until their tops become more fern-like and open. This usually means that they’re a little more tender, which are usually the ones preferable to eat.

Check your asparagus beds daily during warm weather because this is when asparagus spears will grow more quickly. If you go without checking them for a few days, you risk missing the optimal period for picking asparagus.

Once you begin to notice a slower production of spears, it’s time to stop harvesting for the season to allow new spears to grow and provide energy to the roots.

What to Do After the Harvest

After picking asparagus for the season, you need to care for your plants to ensure that they’ll continue to produce next year.

Allow the ferns to grow from the asparagus spears. These ferns are what traps sunlight and gives it to the plants and roots. The ferns should grow all the way into fall. You can then cut them down after the first freeze, as this is when the asparagus roots will lay dormant until it’s time for growth in the early spring.

Keeping a new layer of mulch over your asparagus plants after harvest will protect them through the fall and winter. Continue to check for pests common to asparagus plants, like slugs and beetles, and signs of rot.

To store your asparagus, you can keep the spears in an airtight container for several days. It’s best to only pick what you need for the next couple of days for the freshest, healthiest asparagus to cook with and eat.

You can also freeze or can your asparagus to keep it longer through the off-season. However, this requires specific methods to ensure the best quality for your stored asparagus.

You May Also Read – How To Grow Asparagus

How Long Should I Leave The Sprinkler On? 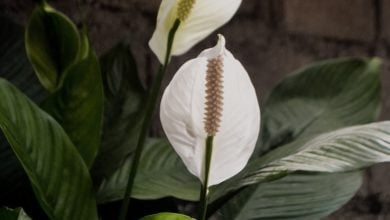 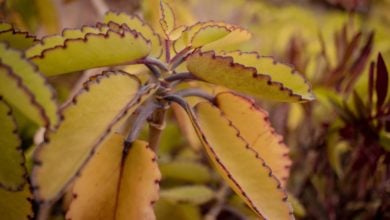