Growing your own produce is a lovely, handy hobby. It can also be cheaper for you than grocery shopping. However, as rewarding as this past time can be, there are many things you need to look out for, such as the diseases your plants can catch.

Cucumbers are susceptible to various diseases that can spread quickly which will leave you having to discard a vast amount of your crop. This article is going to answer the following questions about diseases in cucumbers:

How Do Cucumbers Get Bacterial Wilt?

Cucumber vines that wilt and die suddenly are usually infected by bacterial wilt. This is caused by the cucumber beetle, a little pest that attacks cucumbers and other plants such as melons, pumpkins, and squash.

These bugs carry the disease, bacterial wilt, and spread it through their feces or contaminated mouthparts. The disease is spread from plant to plant by these beetles. Once the disease is inside the plant, the bacteria will multiply and spread quickly.

If you are to discover your crop has been infected with bacterial wilt, you are to remove the plant along with the soil, before the bacteria can be released into the soil. To identify it, look for leaves turning a dull green.

They will then turn yellow and brown before withering and dying. Once a plant contracts the disease, there is no treatment, they must be disposed of.

Is It Safe To Eat Cucumbers With Bacterial Wilt?

Unless you are someone with a highly compromised immune system, it is unlikely that the pathogen that is making the plant sick will make you sick too.

However, if a plant has been infected, they are likely to carry a texture, odor, and flavor that is not desirable to consume anyway. Cucumbers that have been infected will sometimes ooze out a pale liquid.

The first step of removing cucumber beetles is to identify them. There are several types but the most common ones are the spotted and striped cucumber beetles. They are easily identified due to their bright yellow color with either black spots or black stripes.

They have a life span of around 8 weeks and tend to be more active in the springtime. This is good to know, so you can have measures in place to get rid of them.

Neem oil is an insecticide that reduces or kills pests without producing harmful chemicals that will affect the growth of your plants. It comes from the tree Azadirachta indica, which is a very common South Asian and Indian plant. Neem oil can be used to get rid of cucumber beetles.

The way it works is it suffocates insects and disrupts how they feed. It must be sprayed when the pest is present, it does not work after the product dries.

Adult cucumber beetles will lay their eggs in the soil that surrounds the plants. Neem oil can be sprayed on the soil to kill their eggs. This is a good preventative measure.

Another useful way of getting rid of cucumber beetles is by using a trap. You can purchase these ready-made, or make one yourself. Most are yellow in color, mimicking cucumber blossoms, with a sweet smell to lure them in.

They then have a sticky surface that they will stick to and there you have it. All your little invaders will be captured and you can do with them what you will. 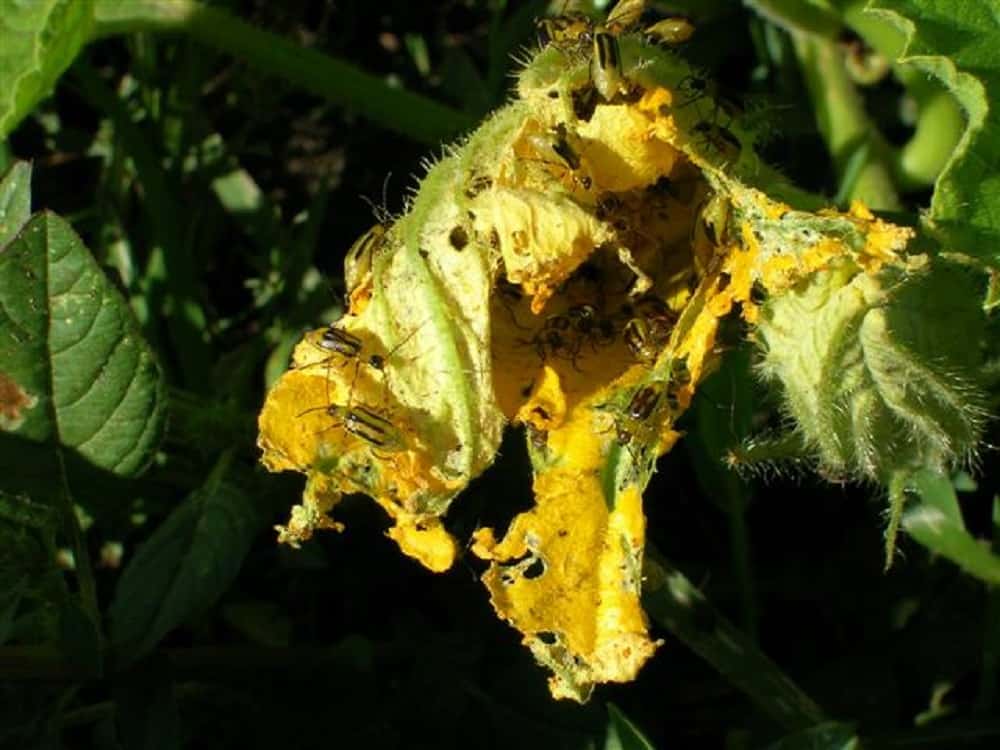 There are two most common types of cucumber beetle, striped and spotted. Striped cucumber beetles live through the winter as adults in leaf litter and then they emerge from late May to early June. They lay eggs in the soil at the base of plants such as cucumber and squash.

Their eggs are copper and bronze in color and appear as 20 eggs in a cluster. They are usually the size of a pinhead. They hatch in several weeks and the larvae feed on the roots of the plants and stems that are underground.

How Do I Get Rid Of The Cucumber Mosaic Virus? 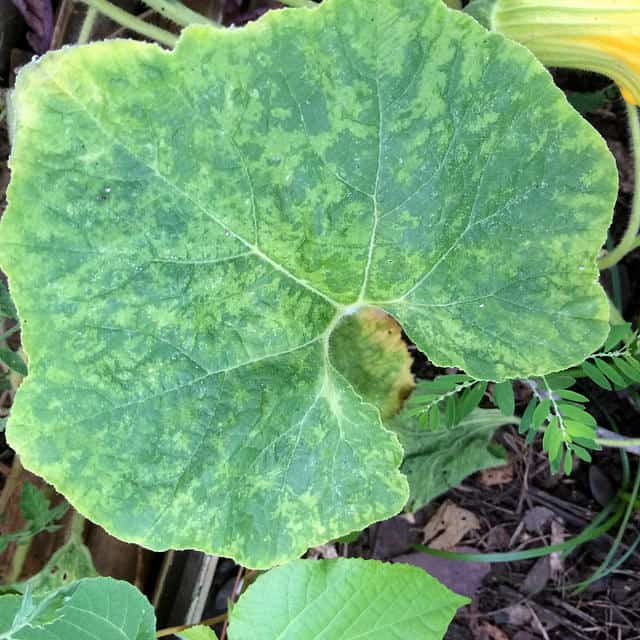 The cucumber mosaic virus is one of the most common plant viruses and is present all over the world. It affects a number of garden plants, such as tomato, pepper, spinach, lettuce, beans, cucumber, and more.

It is said to be transmitted by over 60 species of tobacco aphids, a common pest of tobacco crops. Since it is transmitted via these pests, controlling this insect is the first step in getting rid of this disease.

The good news is, this disease will not be passed through seeds and won’t live in plant debris or soil. Unfortunately, there is no known treatment for the Cucumber Mosaic Virus at this time.

Prevention is hard because there is a short time in between the aphid contracting the virus and passing it on to plants. However, prevention can be done with early-season aphid control.

You can do this by controlling them with a pesticide spray, or natural mixtures with soap and water. Neem oil is also good for controlling aphids.

You are advised to discard any plants that have contracted this virus. You should remove all plants with the infection and destroy them. Be sure to not put them in a compost pile as the virus could spread within it. The general advice is to burn the infected plants.

You should disinfect any gardening tools that came into contact with the infected plants, as a precaution. If there were other plants within a close location to the ones carrying the virus, you should monitor them closely in case the disease has spread to them also.

Their growth will have stopped and little flowers or fruit will be produced. If cucumbers have been produced after contracting the virus they will be grey-white in color and carry a bitter taste.

Can You Eat Cucumber With A Mosaic Virus?

Similar to bacterial wilt, if you wanted to eat a cucumber that was infected with the mosaic virus, it is safe. This virus is only harmful to plants, not humans. Sometimes, the grey-white discoloration is only skin deep.

In some cases, where the fruit is very distorted the texture may be affected. The taste may also not be very desirable to eat, but it is unlikely to be harmful to your health.

Does Mosaic Virus Stay In The Soil?

Despite the bad news of how quickly this disease can spread to plants through aphid pests, the good news is that, unlike other diseases, this is one that won’t persist in soil.

This means that if your plants have caught this virus, you can just discard the plants and keep the soil without worrying about it continuing to spread through the soil.

Can You Eat Cucumbers With Downy Mildew?

Downy mildew is another disease found in plants, mainly in cool, humid regions. It can be found on the undersides of leaves in the form of white, gray patches. The upper leaves are likely to display pale green, yellow, or brown areas.

The leaves are likely to wither and die early. It is caused by Pseudoperonospora cubensis, and is an oomycete, which is a water mold and not a true fungus. This is why it thrives in wet and humid conditions.

As it needs water to survive, the best way to prevent this disease is to water your plants from below. If any water is left on the leaves, it gives the downy mildew a way to spread and infect the plant.

As discussed in this article, fruits and vegetables with diseases are usually safe for humans to consume as they don’t affect humans the way they affect plants.

That being said, it is best to avoid any product that has been infected with downy mildew as it is a mold and can lead to complications if consumed. There can be instances where the plant is affected but the fruit looks fine. If this is the case, then the fruit should be safe to eat.

As this article has covered, there are many things you need to be wary of when growing cucumbers. Many diseases can affect these plants, some of which haven’t been covered in this article. Unfortunately, a lot of the time, when disease strikes that means the end of that plant life.

However, doing your research, and being informed about what pests carry diseases, and what weather conditions encourage infections, is the key to ensuring that you will be able to grow your cucumbers accordingly.

With regards to consuming fruit or vegetables that have come from an infected plant, although usually safe, it is best to consume healthy produce, with no prior diseases in the plant.

There are many tips and tricks out there, and if you persevere, you’ll be growing tons of delicious cucumbers. Happy growing! 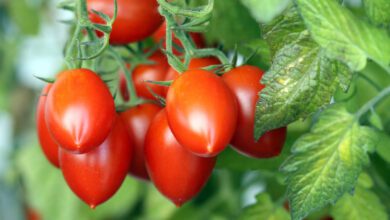 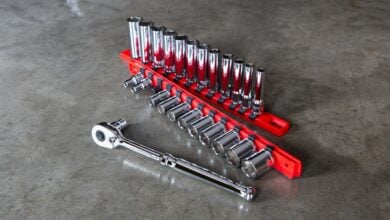